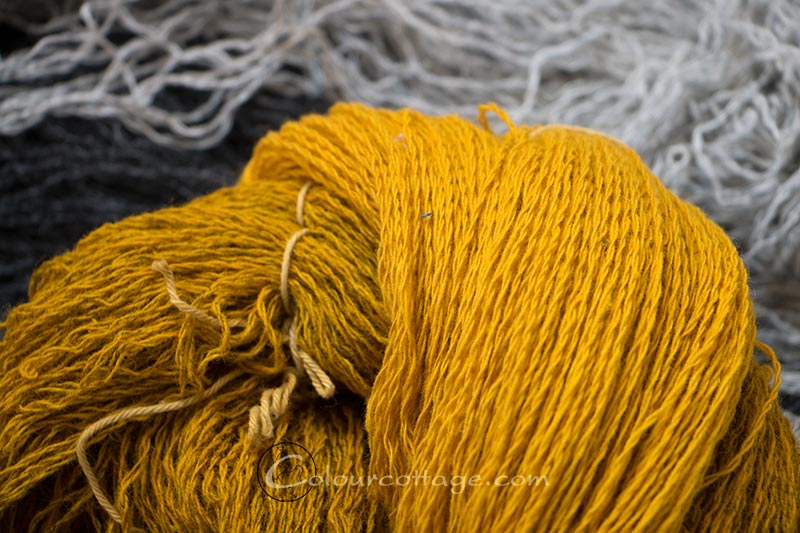 Beginning with goldenrod from the forest, harvested at the very end of flowering. Unfortunately my own, which flowered later, have been overrun by weeds in the mean time.

I wanted to see if I could get a bronzy yellow (but not brown) again, although I decided to use more yarn to dye stuff than my previous experiments, 1:2 rather than 1:5, simply to have enough for a proper project or two. I did have some plan of various things to put into a second dye bath if I wasn’t happy with the result. 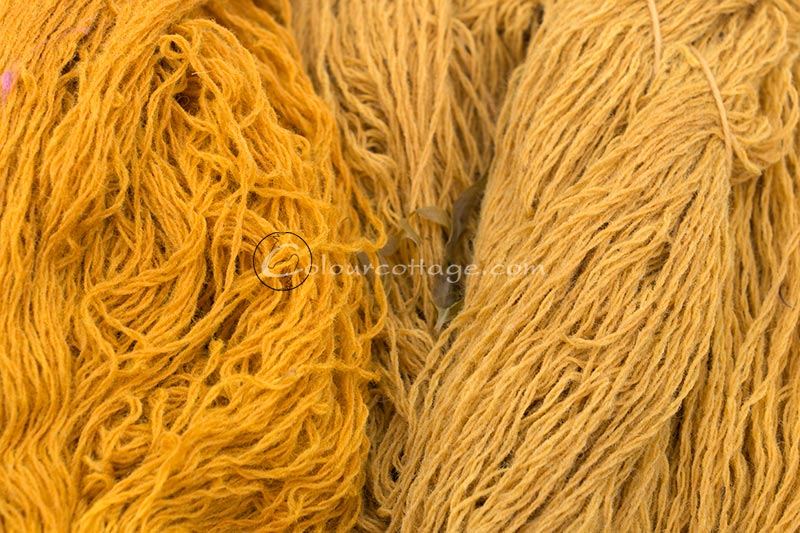 And sure enough I got a strong, dull yellow, but not as warm as I would have liked. Then I remembered about ammonia – duh. See the difference?

Maybe it’s going back in the pot. I’m also on the fence about the grey skeins.

In this batch of white and grey yarn I’ve planned to do: the orange cosmos I’ve gathered handful by handful in the freezer, madder, oak leaves on mordanted yarn (no iron), after that it gets a bit vague, so I’ll see what happens. I have quite a lot of dried dyestuffs, so I could work with it all winter if a brilliant idea happens by.

5 thoughts on “Some plant dyeing, finally”