I have in fact managed to fill every box this year, which was a bit of a surprise. That is, the homemade tomato green house is still waiting for plants, as the cucumbers need at least 15° C and it’s still about 5 at night here. Last year I built a smaller version from the remains of my windswept greenhouse, so I extended and added plastic. Perhaps it’ll blow off in the first storm, but it was worth a shot.

After checking night temps with plastic on, I’ve decided to move out the tomatoes and use the candle trick at night. If that works better than intended, I’ll move the cucumbers as well, just have to remember lighting them every night! * 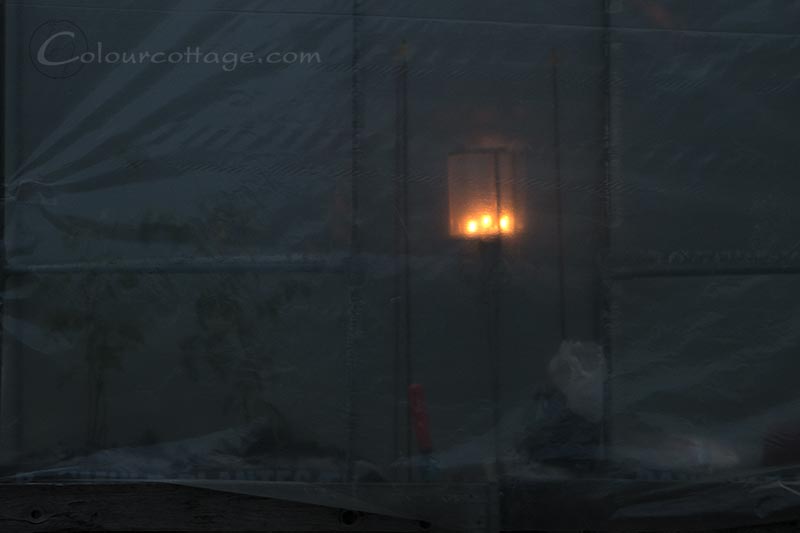 New to me are peas – and this time round I knew to cover them up before birds pick them out of the ground, which is what happened first time I tried, many years ago. Yeah yeah, I know this is not how you do it, but I had this wad of netting sitting in our hopeless garage, previously recovered from an overgrown strawberry bed. It’ll do the job of keeping pesky crows out, right? 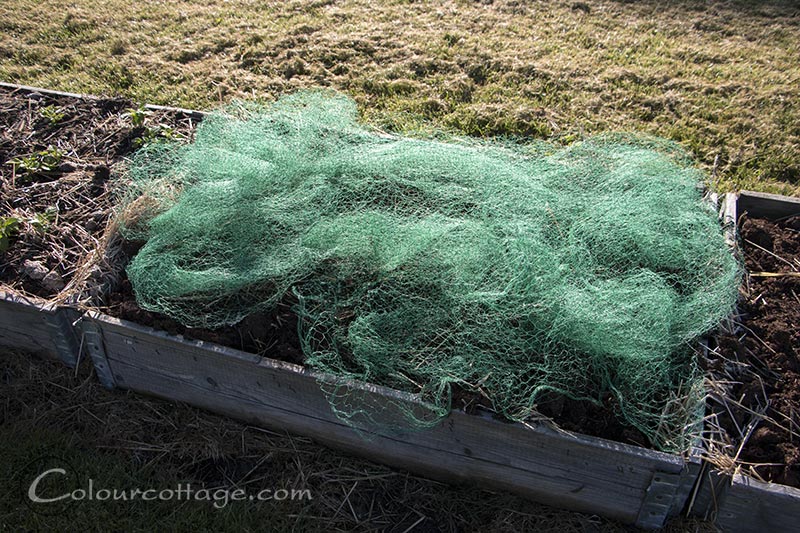 So now I’m debating whether to use the remaining frames (we got a bunch of battered boxes for free) to make my beds higher, or whether I could make and use another row. It’s not like we use our lawn for anything but mowing.

I’ve always had an urge to grow things, I can’t even trim a potted plant without trying to make roots on the clippings, regardless that I don’t want or have the space for 10 copies of the same type. I just feel guilty about throwing out something living. As I feel guilty about not being able to help the stray tom with bad eyes who keeps trying to break into our house, fights my own cats with ongoing risk of vet visits, pees on everything in my stable and just ought to drop dead basically so we can catch up on lost sleep… 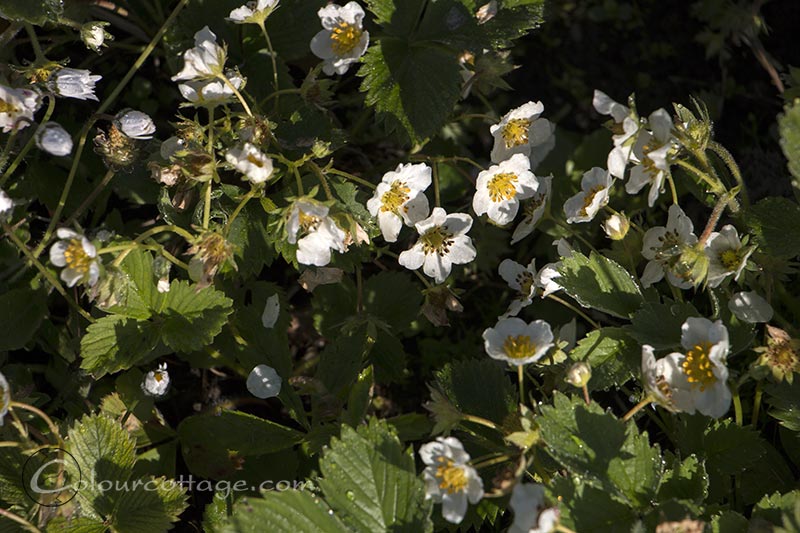 Strawberries are flowering as if they were paid to, and I’ve managed to clean up most of the bed in very short installments. Yum! Dare I hope for a birthday cake? There, I said it again. Cake. CAKE!

* Which incidentally it didn’t, only 10° C in there this morning.

9 thoughts on “No dig update”