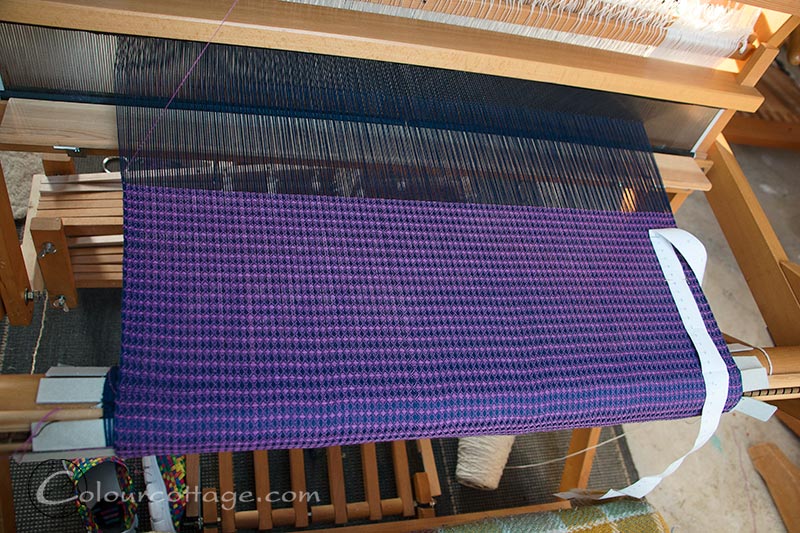 One of the things I’m working on right now, when I’m not elbowing my way through a month’s backlog of house and other cleaning. Mucking is exactly the appropriate word! I hope it won’t land me with another month long backache, because then it’ll just be a selfperpetuating nightmare, won’t it.  😉

G was a bit sceptical that kitchen towels could be anything but white with blue stripes or plaid, but since he participates in wiping garage hands on them, I insisted this new batch should be darker than our current light blue terry cloth which are developing a yellow tint in the middle even with “white” washing powder. Mind you, I keep towels for decades, I’ve only recently retired some (they still mop up paint very well) that I got when I left my parents, and the dogs had the honour of wearing out my baby towels. I think 50 years of duty is pretty good. They just don’t make stuff like that anymore, so I thought I’d finally join the hype and weave my own set.

I agreed to use a sedate navy for the warp but went ahead planning crazy colours for the weft. Because really, I can’t work under such constraints… Here’s the first one in progress, you saw the yarn in my last post. Can you spot the threading error? I decided I’d keep it and see if it actually shows after it’s washed and contracted, then fix between two towels. 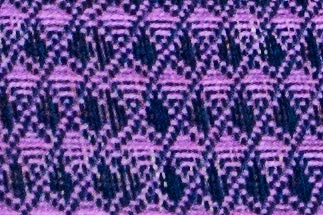 I’m also making a band for the loops, it’s a bit wide because I didn’t know how to calculate the “sett”, so next time I’ll use 20 cards instead of 28. The loops on commercial towels always break, this one will have to be sabotaged to come apart. I just hope I get my sewing machine back in time to hem the towels before they end up forgotten in a drawer. 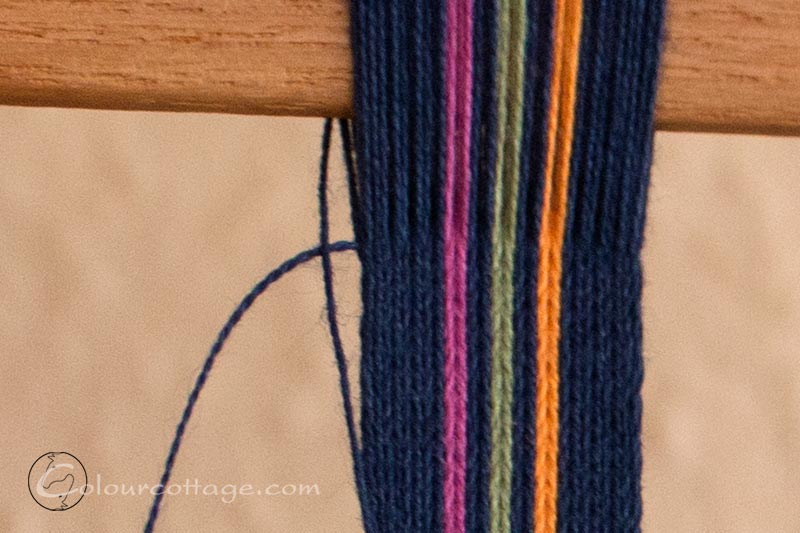 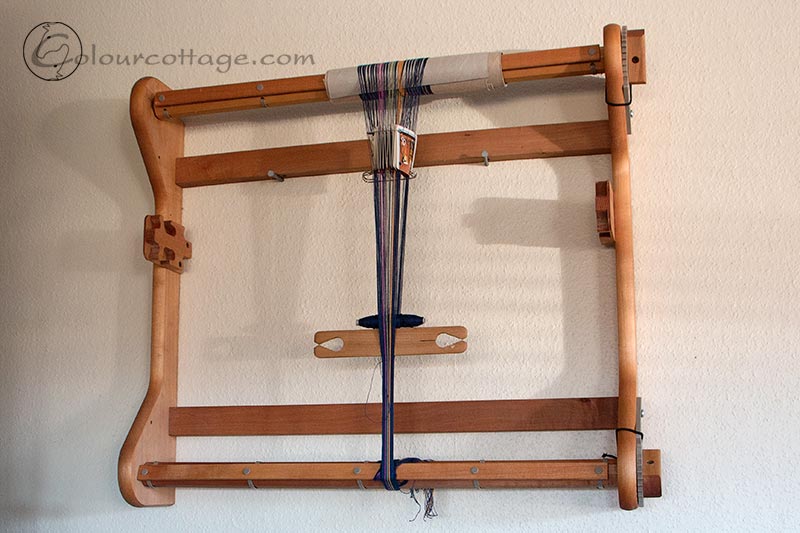 Other than that I’m unsure where time has been going the last couple of weeks and why there’s been nothing to tell you about. Maybe I should begin a tada! list to document every night that I have in fact left my bed and moved of my own volition?