As a scandinavian weaver, it’s quite common to want to try your hand at rag rugs. So I’ve been wondering too whether that’s something I’d like or not!

When I bought the Lervad I got several kilos of “rags” made from socks cut into loops, then chained. Not very pretty, knots every few inches, it’s been sitting in a box for over a year. But I decided now was as good a time as any, do a bit of stash busting before I’m moving out, see if I wanted to keep at it or throw it away. 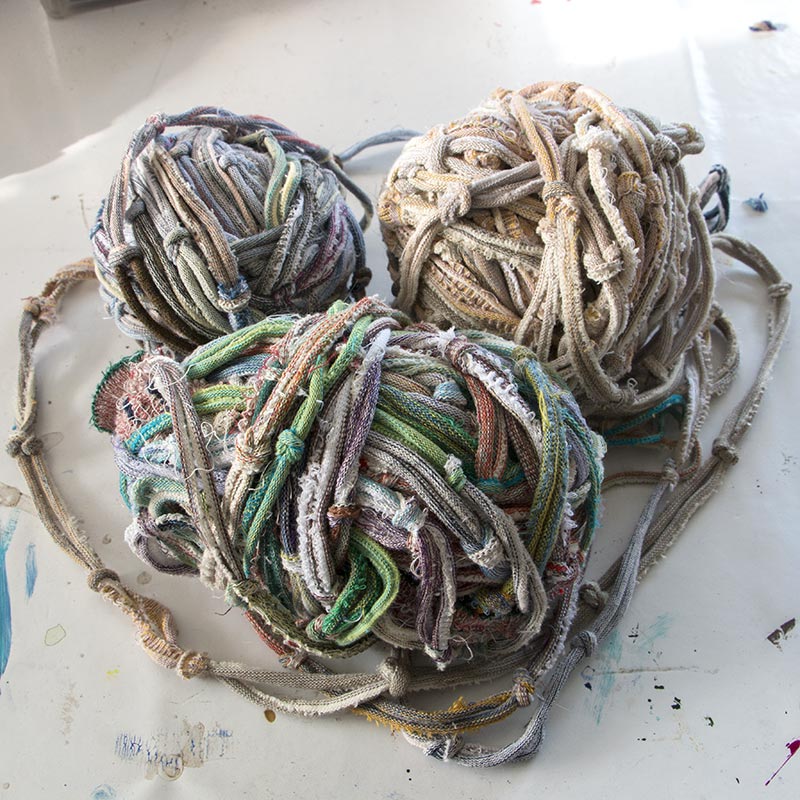 My estimate of how much goes into x meters of rug was way off. So instead of a good sized runner and a bath mat, I got two very odd sized mats and then some leftover warp, because I didn’t want to do the random type of strips all mixed together. And once I realised which balls I would have liked to combine in hindsight it was obviously too late! Decisions were made quick, off the top of my head, since the building project got underway I simply haven’t had the presence of mind to go into a “design process”. 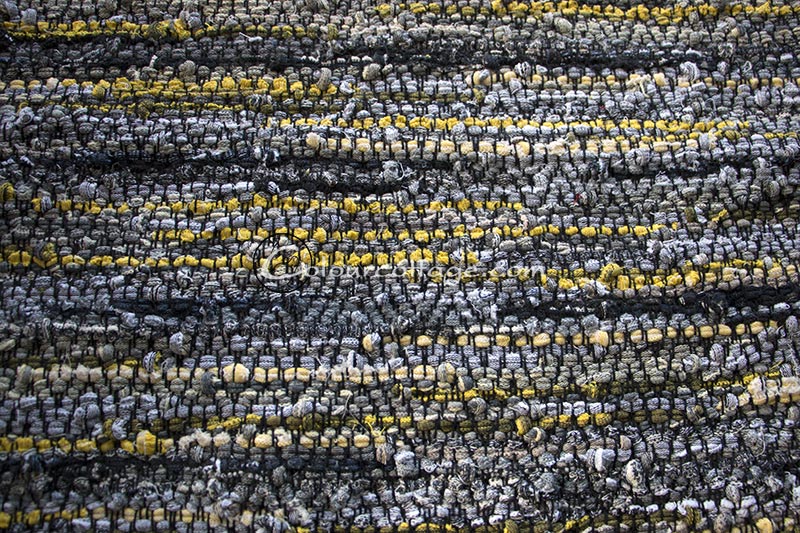 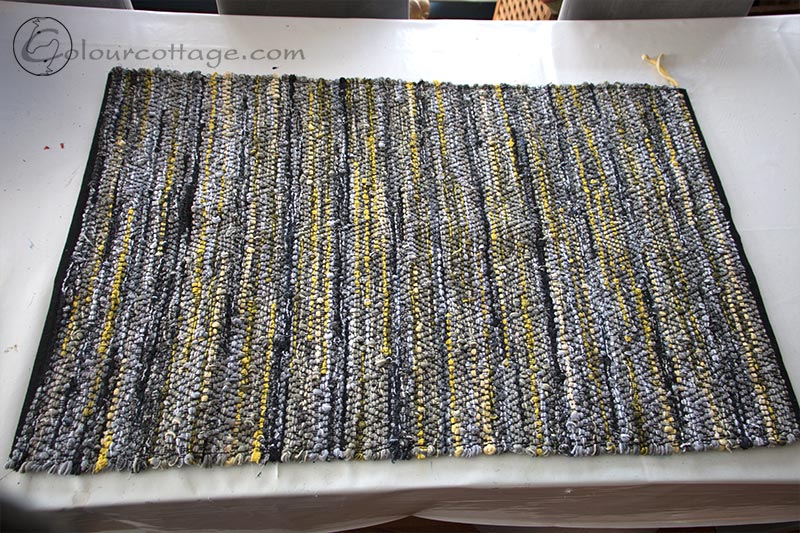 It was a really quick weave, despite having very little room on the side for the ski shuttles, which incidentally also didn’t fit as neatly in the shed as my regular small boats of course. I was also moderately pleased with the look of the fabric. But oy, getting those knots through and arranged for each pass. And more oy, the shedding! The whole room looked like it hadn’t been cleaned in a decade. Lint everywhere.

These mats are quite stiff and sturdy, could easily work both as door and bath mats. The cats love them and they appear to hold up to that as well. 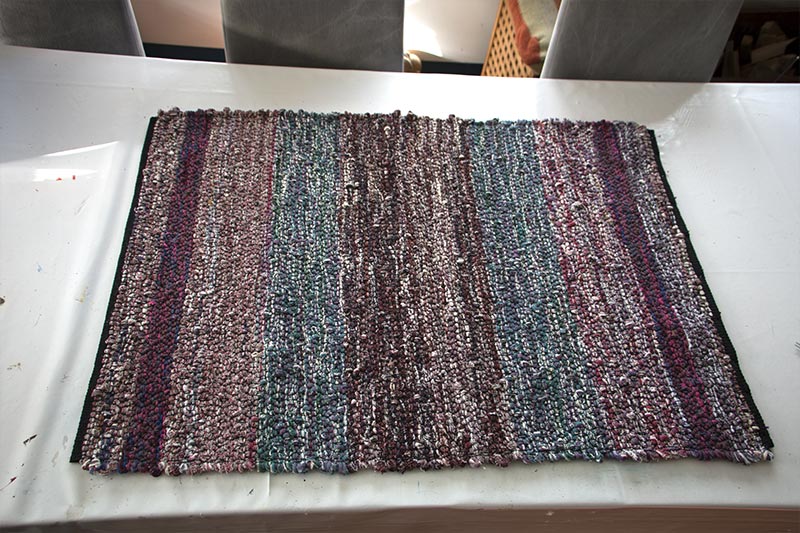 For the last bit of warp I decided to try out some thick, corespun cotton that I fought over 2 years ago to plant dye. Each skein had about 3-5 different overdyes before I could say they were more than beige or tinted offwhite. But that actually turned out to be quite a nice fabric too, so a good learning experience overall. And I haven’t completely been put off rugs either, although ideally you dedicate a loom for this and warp up 20 yards at a time, which I’m less sure I want to do, blocking my use of the Standard and 10 shaft weaving. 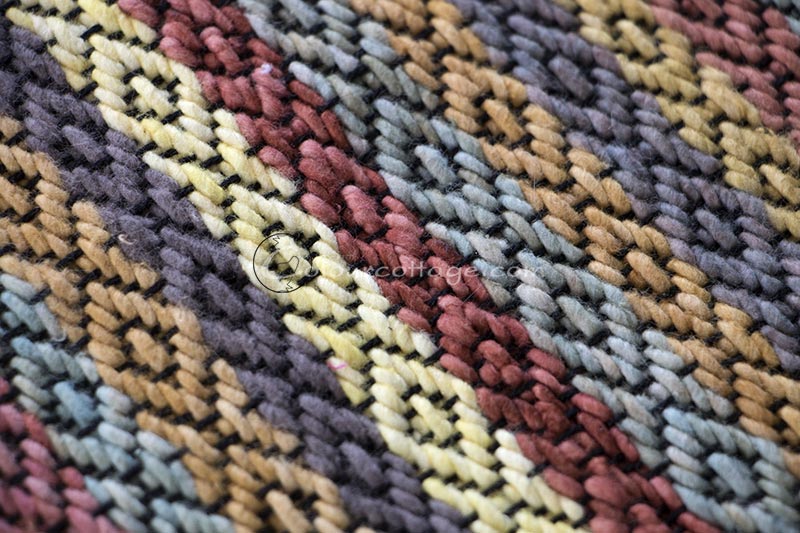 So anyway, I’ll have a few things to stand on up in the new room. And I guess at some point I’ll weave the rest of the sock loops too into one long runner. The twill threading doesn’t really show much, so next time I’ll just do plainweave for quick threading and tieup.

To deal with all the ends on the plant dyed rug I hope to find a black canvas type band to sew on as edging all around, rather than dealing with the bulk and unsightly mess of weaving them in.