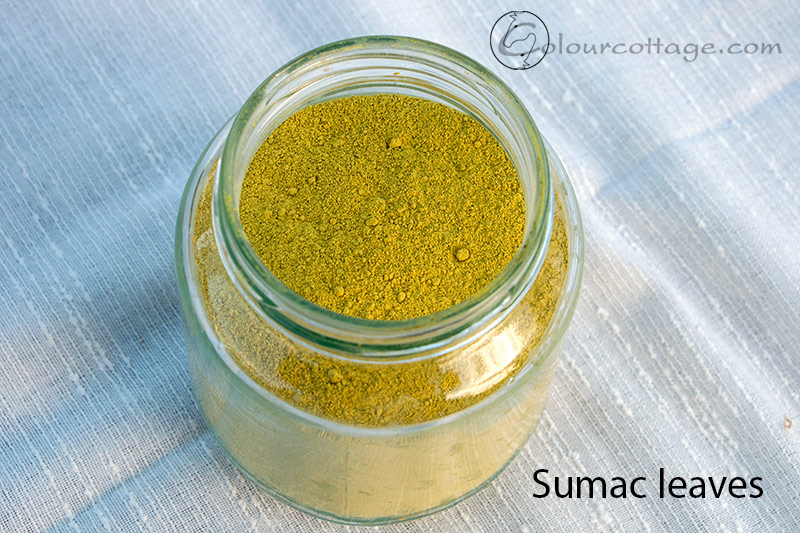 I’ve also tried just crushing a bit of cochineal and added oil, which looks lovely when fresh but turns maroon after a few days (as blood tends to do) And I do have all that alum and dried plant matter sitting around from dyeing wool, so why not learn to do it right? Google… and voila:

How to make a lake pigment

(too early days for me to give any kind of instructions on this myself, so today’s post is more of a rant than a complete essay. I even forgot to take photos of the more succesful processes while thinking I had!)

Just a weak stain – not a pigment

I had two weld plants in my garden this year, cats dug up the others, so I started with that because weld is “always” reliable.

I also on a whim tried to leach out the colour with alcohol, which looks A.M.A.Z.I.N.G. in the jar – but doesn’t really have much strength outside it.

All this takes practice, of finding the correct ratio of alum to soda to get the most pigment out of your water and not too much calcium sludge in there to dilute it. I used tap water, which might be the problem, but I wasn’t going to spend money on distilled water in these quantities and it hadn’t rained for months. Further testing was suspended until it finally did.

The dry weather may also be the reason my plants made such a weak dyebath, I really didn’t get that neon pow that I’m used to with weld (or possibly most of the dye ended up on the coffee filters? That happened before. But as you can see the little jars in this first image collection have very pale yellow stuff in them compared to the next.

I have a list of plants to try now, a reason to get a woad bed going again and, and…! Still remains to be seen how light fast they are, for instance cochineal pigment isn’t supposed to be (while the dye is!). I’ll still be consulting with my binders of yarn samples and pick only the best ones.

In one of the photos I have a box of washing soda, which is as good as potash to create a reaction. Unfortunately, it also contains iron oxide, which dulls the colour from plant dye, turning all yellows into murky green. Something you can use on purpose obviously. Iron content also makes the pigment much harder to grind when the pigment is dry!

My next experiments with rain water whent much better, although figuring the right amounts of alum and pot ash to each plant is still a bit hit and miss. What I had on hand was birch twigs with leaves from pruning, hedge trimmings which have given me a nice burnt orange or bronze on yarn in the past, a truckload of sumac leaves and twigs also from pruning, and oak leaves. I had tried to weed out all of my 2nd year woad plants but they grew back and I thought what the hey. And it’s true what they say, not a lot of pigment in them: 1 g of powder from 1500 g of leaves!

I don’t have a special sieve to sort powder into different grain sizes, and I’m interested in the idea whether this variation might actually give the finished paint more depth somehow. Ideally I imagine that the smaller the particles, the more surface area you get by weight of material and thus stronger colour reflects back, but if larger particles reflect differently does that mean I get a variation in wavelength from the same spot? I’ll probably never find out, but one has to think of something while pounding away with that pestle.

Are you as excited as I am to see what these powders look like as paint? Stay tuned! (sorry – I really did mean to include paint samples today…)

Oh wait – didn’t I say at some point that I would stop plant dyeing and instead use synthetic dyes to emulate the natural colours? Because that would be the sensible thing for someone with my health status. As long as I fiddle over pots and tests, zero paintings are getting done….. Yeah, what, ahem… I guess I have perfected the art of procrastination. Way to not go!