All building has been suspended while waiting for weather and help installing the skylights, as well as resting my back after multiple treatments to help with the nerve pain in my leg. (what looks like windows in my previous photos are just semitransparent roof plates)

Roof plates have to be removed and cut, so it didn’t make sense to put up insulation, and I was beginning to worry we’d have to postpone until spring while I was trapped in the kitchen going bonkers. 😉 (perfect time to get those novels off my chest some would say, but it’s been more than 30 years since I thought I had any in me, so that’s hardly an option although it would have been fun!)

The view from my one window is nice, though:

Going to have to think of a nifty solution to water; I probably won’t be able to dye up there, but I’ll need smaller amounts for brush cleaning and tea for instance. And since it’s really just a “storage loft”, not part of the living quarters, I can’t make any fixed installations of the kind. I have a crazy, cheeky solution in mind, but we’ll see. 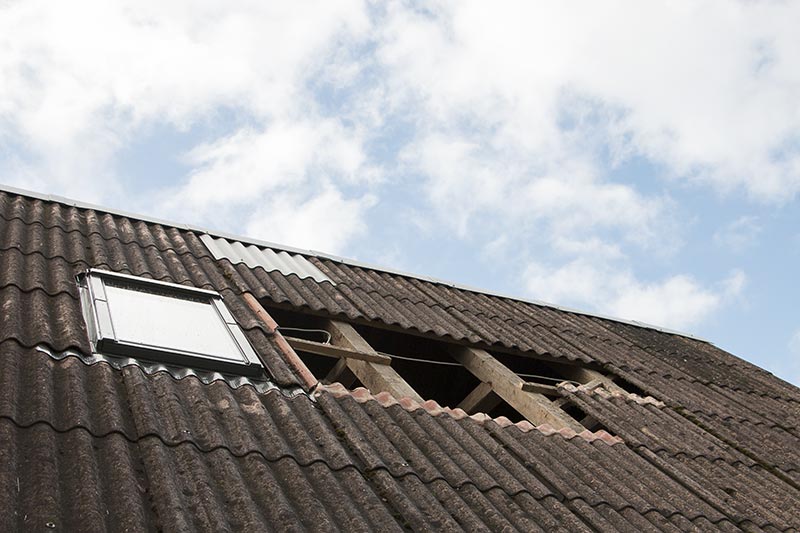 Friday afternoon our friendly neighbour came home from work early especially for me since the weekend forecast was rain and wind again, and we hoped to get the second window in just before dark. But no suck luck, it started pouring. Same thing Saturday morning. But look now! I’m alternately crossing fingers and biting my nails at the time of posting, as water inside the room will destroy all of my plaster boards for the walls, and it’s quite windy today as well.

It means it’s up to me to actually finish 3 of the walls completely, so there’s plenty to be done while we wait for the next dry spell and more windows on the other side. I could tell as I was picking aronia today that my back needs a slow start and more treatments, so I’ve been to the library instead. And I’ve decided to tidy the house once and for all and give up working on big stuff in the living room. I can’t deal with the constant clutter anymore, but getting it done is a drag, you know? 😉 So nice with a bit of procrastination. And a nap or three. No knitting happening whatsoever! 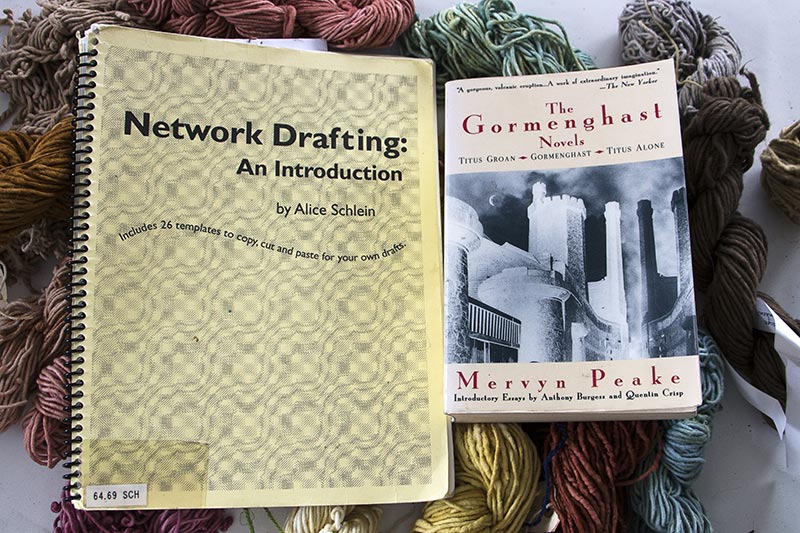 Not getting a lot of weaving done either, last week I put on a rug warp just to test the concept, ended up with leftover length and decided to try with some plant dyed cotton that I’ve hated so much I’ve been stalling for 2 years telling you how it went. Turned out it didn’t look half bad with the black, so at least now I know how to get rid of it. Think I’ll make a narrow runner/coaster for the garden table at some point. Or cat beds.

And found another reason why I need a bigger loom room: I can’t weave full width, my shuttle hits the wall already at 60%. Not sure I can reach full width without disabling myself again, but I’d like to have the option.

So, what’s everybody been up to this weekend?