– and possibly an epiphany. 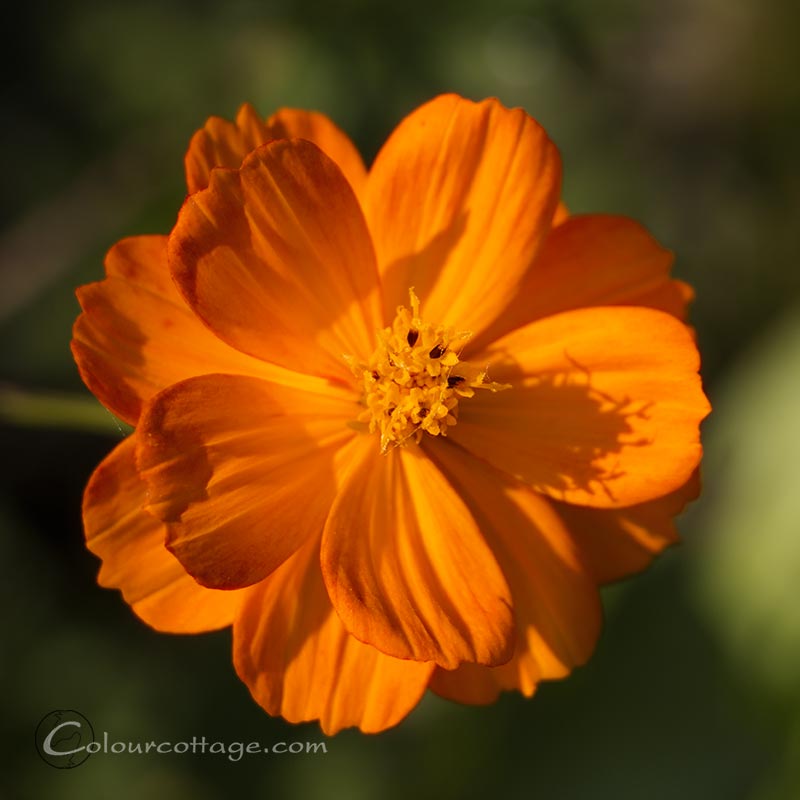 It’s no secret that my plant dyeing has been neglected for a long time, and I apologize to those of you who only followed along for that, if you’re even still here. We’ll be getting there, eventually. I think. It’s also a question of buying new yarns to dye vs. using up the dyed pile you already have! Not to mention the fleeces that are still waiting to be carded… (I did in fact begin, but then my knee hurt from the spinning)

There are several options, when you don’t really have a plan for your dyeing. Which I still don’t. Do I want plant dyed yarns for garments? Non-garments? Knitting or weaving? Just wool, or silk for stitching, cotton? Stick to making more tapestry yarns? (Problem is my skin of course, which prefers softer than soft fibers.)

Option #1 would be awesome and very expensive obviously, #2 is very difficult for me because I have a habit of changing my mind – I do have some stash that I’ve lost interest in before I got around to “the plan”. #3 is a tiny bit stressful  when you realize what you would have liked to do round about a month ago.

One of the plants I’d wanted to try this summer was the cosmos sulphureus. But it was a very dry summer, I was not very garden fit, so I didn’t think any of my seeds sprouted – until late summer a few of them did. So I carefully picked flowers every day and saved in the freezer.

Still only a handful, but enough for a small test at least! Just your average alum mordant – wool and silk. 25 g + 3 g, 60 g flowers. If you tip frozen flowers into boiling water they release dye instantly, so the whole thing only took half an hour! I just left the plant bits in and inserted a sieve with the yarn inside to filter the worst. 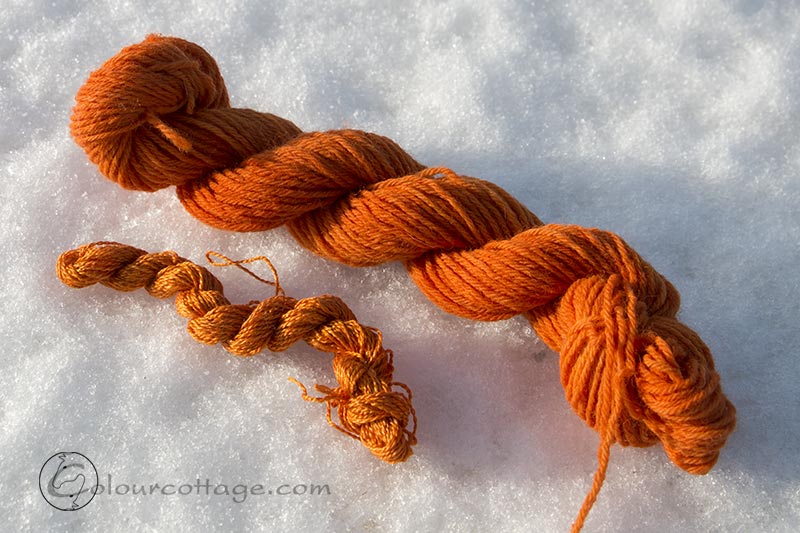 Turned out I only had one alum skein of wool, but I wanted to test the exhaust, which was bit paler than before. So in went another silk + a copper mordanted wool. The difference between cosmos and coreopsis seems to be that the former gives paler shades of orange, while I’ve had bright yellow from the exhaust of coreopsis as if the red dye strikes first. Interesting! The copper has saddened the tone just a bit, but not much. 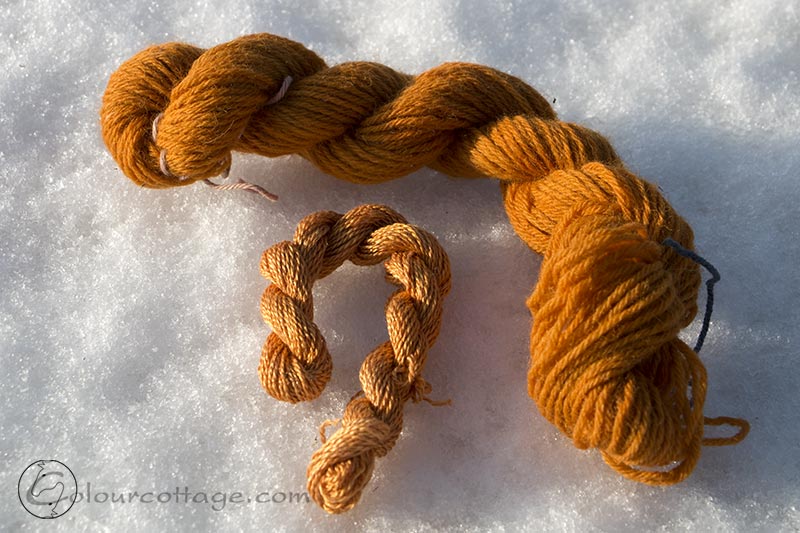 Now the bath was really pale, but I was not done testing, so I added pot ash to make a very alkaline solution. Boom! I’m sorry I didn’t take a before photo, but I hadn’t expected this radical change! 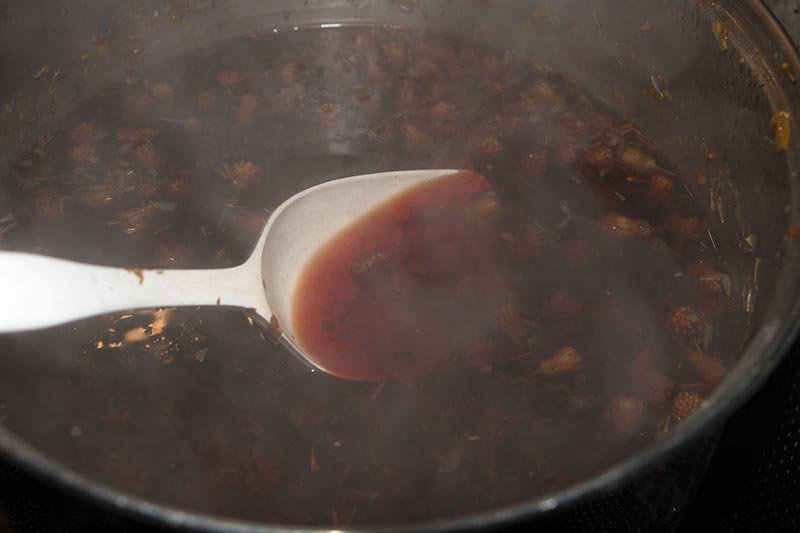 So in went the last of my 2013 failed cotton skeins – which I STILL haven’t told you about, so don’t go looking in the archives. See, I’d read something recently that made me realize one crucial point of cotton dyeing that I’d completely overlooked. The pH. I know cotton likes it high and wool the opposite, but had focused on the mordanting and scouring, not the dye bath itself.

Anyway, after a good boil and overnight soak, this. The skein was pale yellow after a rhubarb and then weld treatment: 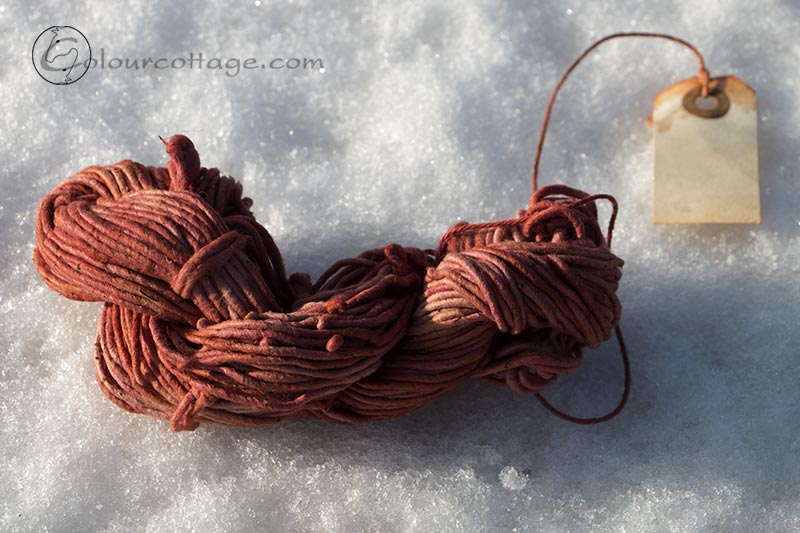 It gives me hope for new leaf prints too. So at least I have part of a plan: I do want to get more cotton yarn to plant dye, not just wool.

I’ve used the alkaline extraction of dye before, it works a treat on yellow dyes, such as birch leaves and many others. What you do is add it while it’s hot, and when the dye bath has cooled the pH has gone down enough to be safe for wool. This time I used A LOT though, and the day after it was still in the blue-green range (I could find a strip but not the reader – but I’m guessing around 9). But it’s still really, really dark, so I’m going to save it a bit and then try another silk in there if the pH goes down far enough.

Could it be I should simply dye the two fibers separately and really, really go hard on the pot ash for cellulose fibers? (doesn’t ruin your lungs like ammonia. Baking soda works in a jiffy.) It’s worth further studies I think. Or, well, I don’t know if I even want to use that much cotton, so it would just be for science. 😉