…said the hag as she cooked soup from a twig where the crow had sat.

As my regular readers are aware, I spend a lot of time optimizing my environment aka house to minimize obstacles to my hobbies, such as rearranging stuff to free up floor space and storage, and building missing equipment. In fact that’s just as fun and creative as painting a picture in some ways….

I’ve been thinking a lot about adding an 8 shaft loom to the collection because I keep coming up with designs to try that need more than 4. But where to put it when the stable is too cold in winter? 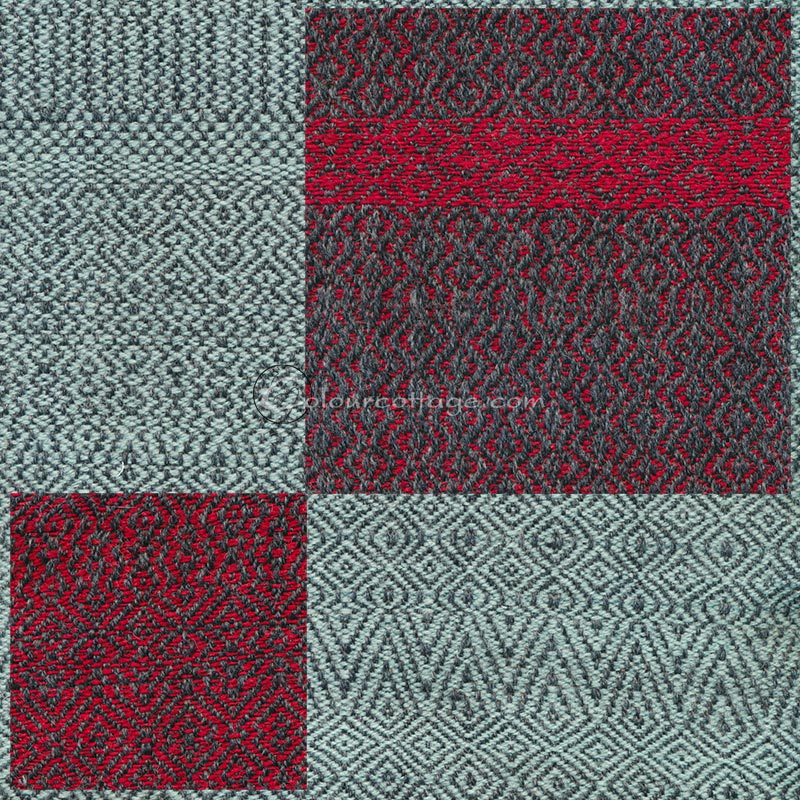 So for now, because I had a short warp on from the scarves which I’d really wanted to use 8 treadles for (pedals for the muggles), on a whim I came up with the idea of just adding two more of those in a hurry, please.

Simply put, the treadles are responsible for the horisontal threads and the shafts direct the vertical thread patterning. BUT. Taking it a step further, when you design a draft, you can swap the horisontal and the vertical sequence, this just means the pattern is going across the cloth rather than lengthwise. With me so far? (if not, ask)

Basically, if I weave full width and want to flip the design, with 8 treadles I could have 80 cm pieces of 8 shaft patterns repeated side by side (like flipping a striped fabric 90°). Well, not quite, but sort of. Halfway there anyway. Just a little bit better than no twig at all.

There’s juuust enough rod on my treadle hinge, not for another two treadles, but if I make a flat metal connector… And an eye bolt thingy where the short lamms don’t have room for another hole… 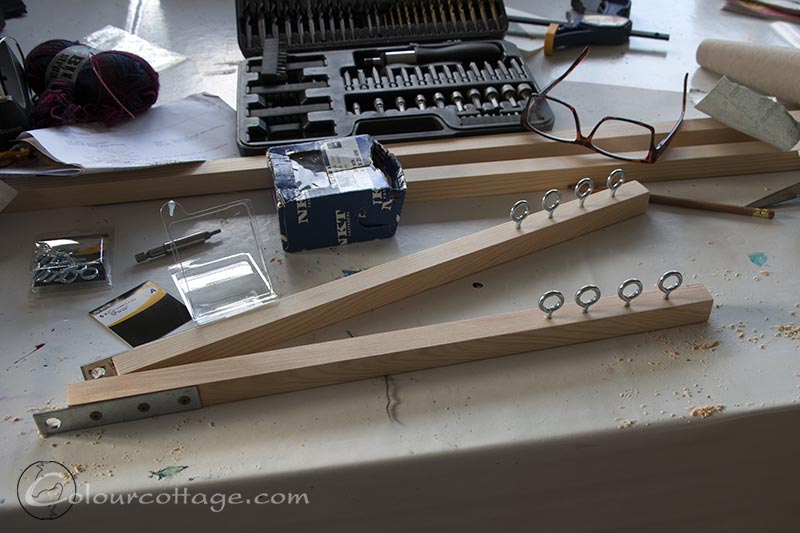 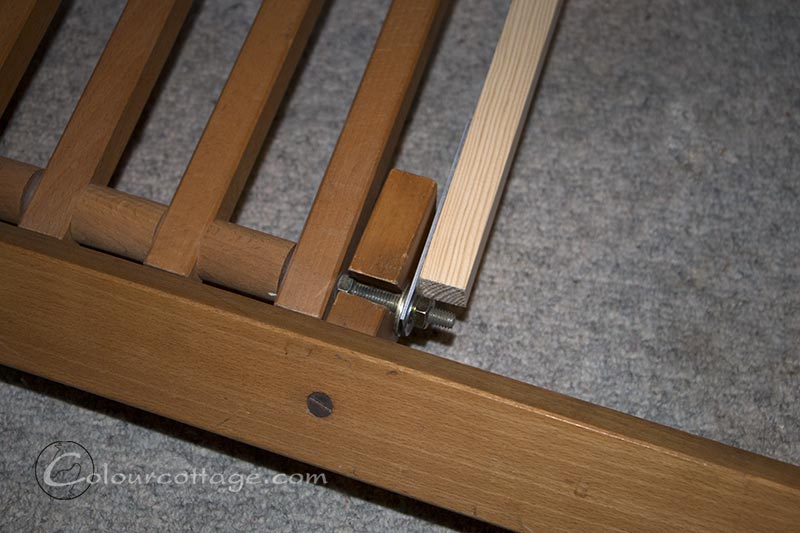 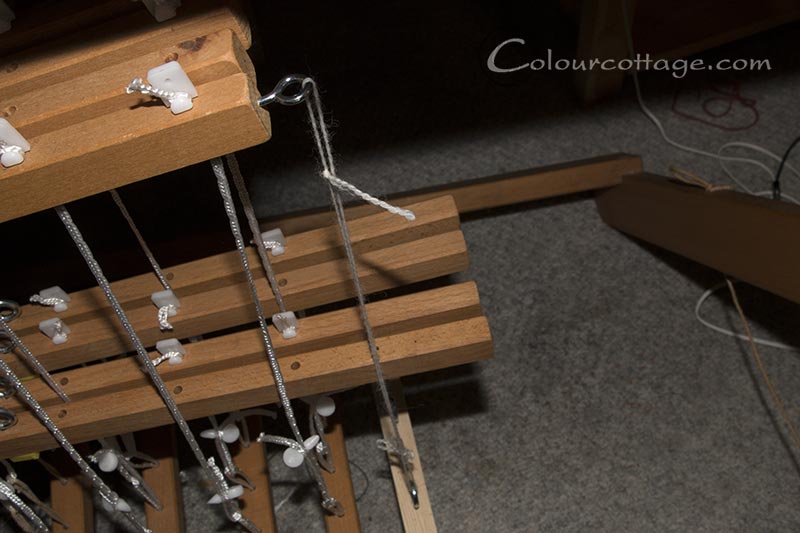 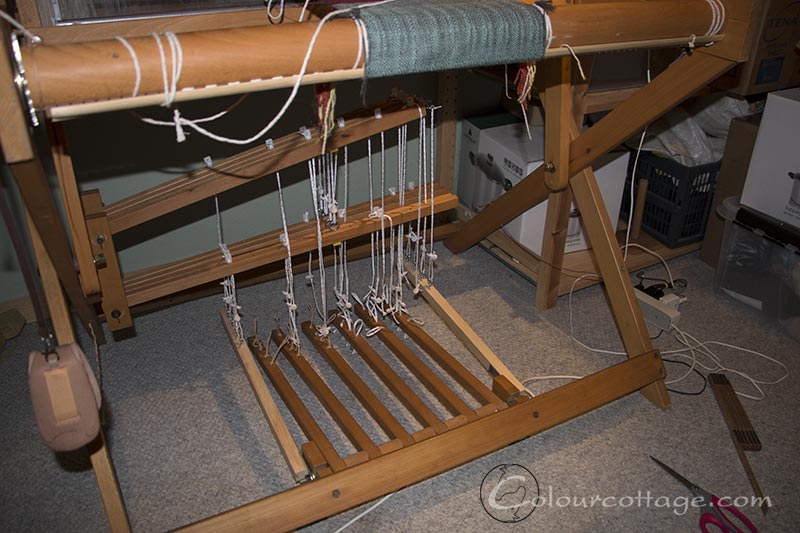 Gosh, don’t I feel clever. 😉 And G gets to keep his tv and sofa for a little while yet!

As you can see it wouldn’t be too hard to extend everything into 6-8 shafts as well, on this loom or should I find another inadequate bundle of sticks and string. But I’m slightly less itchy now.