I’d almost forgotten, that it’s a thing that I do. In all the weaving frenzy, wips have been sitting hidden and alone in various baskets, no longer interesting. Until I realised, that if we do get summer (which is not a given in years when I have new shorts and skirts) I can’t bring my looms outside. And it’s such a shame to sit inside when you have a garden, isn’t it?

So I’ve taken a look at my knittings and wonder if I can remember how I wanted to proceed. Because obviously I’m not using any kind of pattern, right? Nono, I make it up as I go along, that much is constant with me… The biggest question being, how much did I grow since I started these projects?!

Mimi has finally had a weight upgrade so that we can share my wardrobe as intended. Wide as a barn door but very spiffy and summery, don’t you think? With a repurposed dress turned skirt, helping me sew a handwoven shirt in the background. More on that later. 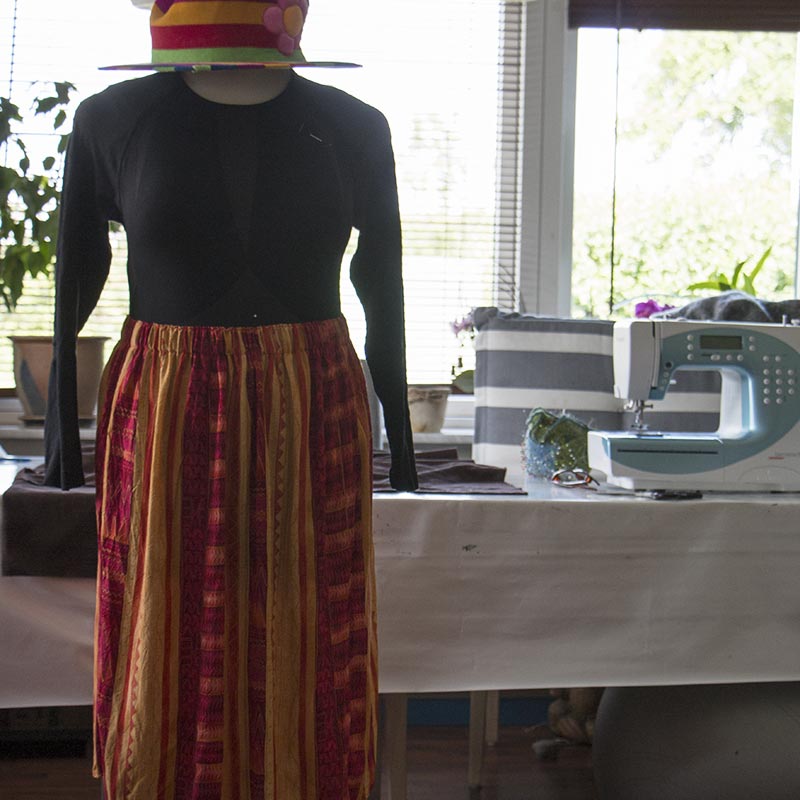 Another summer garden activity, apart from pulling weeds, is of course reading. I forget to take my breaks for just resting during the day unless I’m feeling actually sick, leaving me exhausted sooner than I prefer, so I’m going to make an effort to read a bit again. 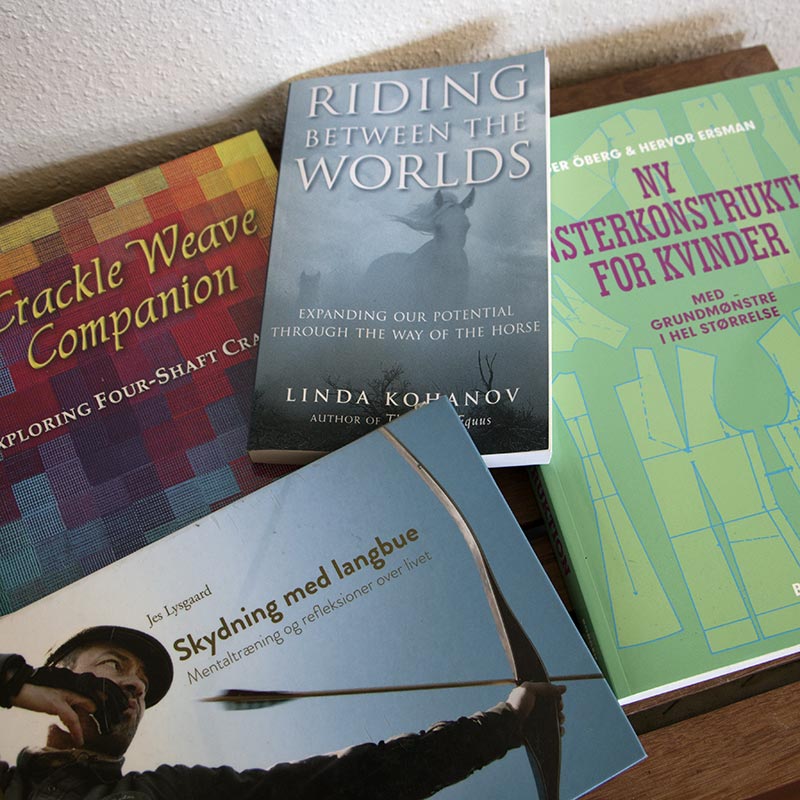 So to remind myself, I’ll hop on the bandwagon of showing your Wednesday wips and books, originating with Ginny I think. And YES we have summer now, for a while. Plenty of it in fact. Which is perfect, I have a pony lame on three legs and my back is thrown completely, just in time for hedge trimming season. So you’ll find me in my outdoors office doing slow living stuff. 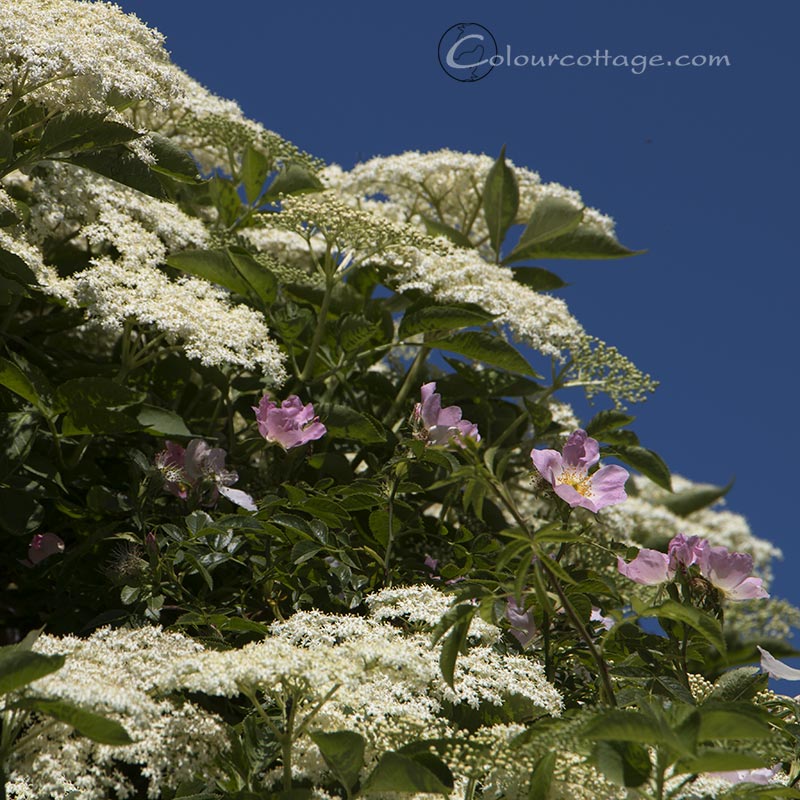 11 thoughts on “What knitting?”