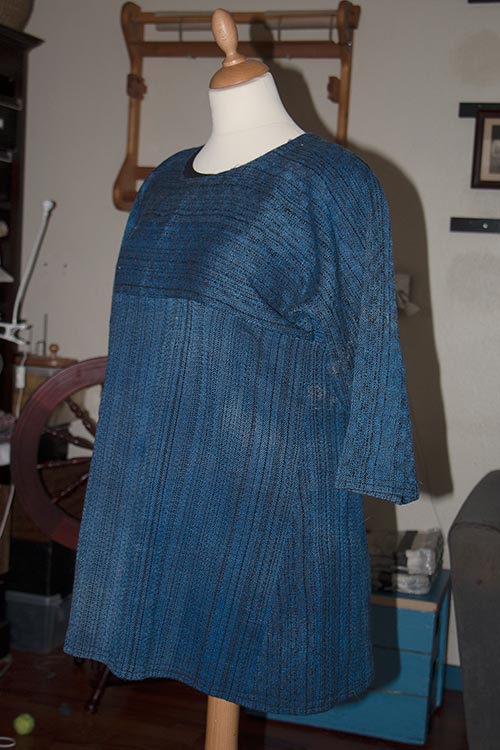 I’ve been working on sewing patterns again, after not making any trousers from the muslins I developed last year – I wanted to be sure I didn’t grow again this winter and would be unable to wear them the coming summer! My handwoven fabric takes too long to make to be used just once, and I could just buy t-shirts, but then why would I weave? I don’t use scarves, tablecloths or many of the other things I could think of making. And G has declared that he does not want his sofa filled with hippie weirdo COLOURFUL cushions, blech! And for some reason, although fashion does nothing for me, I’m quite fascinated with fabrics and drape and keep collecting images of flowing, colourful clothes. In the end I had to make a Pinboard so that I can spot any personal trends after a while, in addition to the one I keep for clothes from panels. (We’ll get back to that eventually)

I know, it’s a recurring theme with me. One thing is certain, when you change shape rapidly, fitted, tailored garments are not the way out, no matter how XL they are. So what I’m playing with is the basic t-shirt shape and then figuring out which alterations can be made to look just a little less baggy, since woven fabric just isn’t as clingy and forgiving as jersey. Otoh it’s so much easier to sew because it doesn’t stretch and flare like knitted fabric does when you run it through the machine.

I have a few cotton fabrics I made two years ago and not used for the same reason, so I was looking to find one shape that could be used almost regardless of weight and came across a dress worn by a stick thin Asian woman and looked really cute on her while being an XXL in width. Of course I ended up ALSO trying out a pattern from my fitting book at the same time, botching the sleeves and looking nothing like cute because I fill out the width (with ease – I hate clingy tight clothes). But I still wanted to explore if I could make something other than box shapes, because they get so oddly wrinkled at the armpits for instance. I think making the above dress in a box shape requires a very slinky fabric to not look bulky? Especially around the hips if you have ample, I used the measurements in the descriptions but ended up reducing the skirt circumference by 40% after the first testrun. Because, can you say tutu? (I use old sheets of which I’ve inherited an abundance for muslins – some are perhaps a little dense from much washing?) 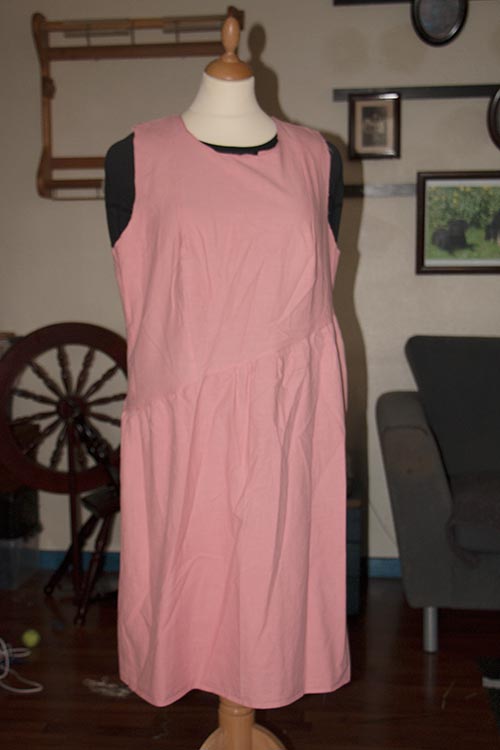 I might even finish and use this at home. Once it’s been subjected to a barrage of dye baths to get rid of anything resembling pink!

If you were to leaf print it, would you do it before or after you alter the base colour? After all, the prints are only good if they hold up to washing.

But now I’ve learned how to adjust front length for a large bust – which I could have used for the blue wool/silk tunic I made earlier this winter (above); realized that I have straight shoulders and that’s why my sleeves are always tight over the top; I’ve tried making real inset sleeves; and I hope I’ve arrived at a shape that I can use for thin summer tops as well as tunics or dresses or up it a size for heavier fabrics (because I layer up in winter). Well, assuming I don’t put on too much weight, in which case it’s back to the garbage sack model.

Right now I’m off to find more fabric for “Pink take 2” = trying bust wedges at the sides rather than at the shoulders, and no skirt. 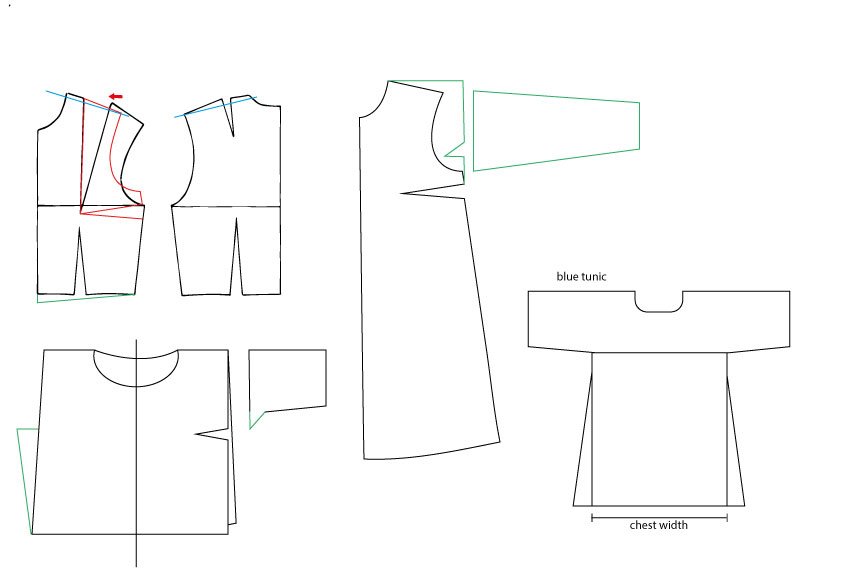 – Just a couple of the options I’ve been pondering in this process.

Disclaimer: I’m not doing all this, the training, the clothes, for “beauty”, although since I’ve been slim for 47 years of my life, I’m finding weight difficult to adjust to. But I’m finding that store bought clothes in my price range just fit very badly, the lack of quality is appalling, they rarely have colours I like and it’s synthetic crap. I can’t fit my arms into the sleeves of even a size XL. And I just hate the feeling of tight seams and fabric that stretches across my skin. I don’t wear bras with an underwire for the same reason – I simply want to be unaware of my clothes after I’ve put it on. And, well, there’s the challenge…