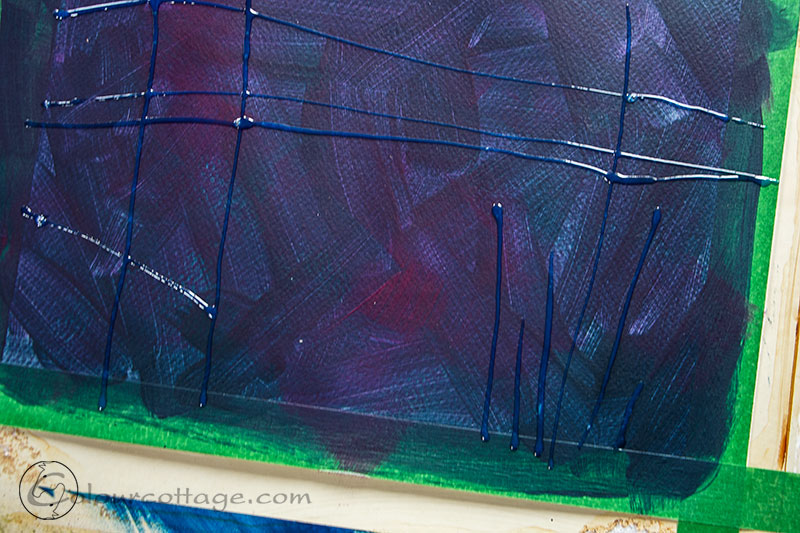 I’ve been wanting to try masking out backgrounds rather than painstakingly painting around areas I want to keep from previous layers, as well as creating multicolour outlines

before painting instead of solid ones after. Since I already had a fine tip bottle of rubber masking fluid meant for water colours, I thought I might have a go, even though I suspected it probably wouldn’t work very well with acrylics because several layers would bond too much with the rubber. 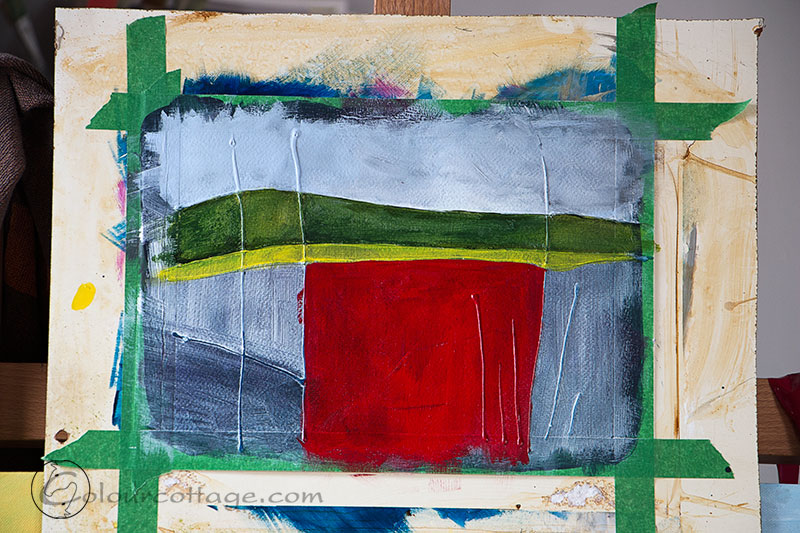 I was right of course, but sometimes you just have to try a thing anyway to verify your theory. Once in a blue moon you might get a surprise! But after rubbing off my lines, they were ragged and ugly and would have looked a lot better if I’d left them as textured outlines in fact. With the risk of somebody or something rubbing them off later… 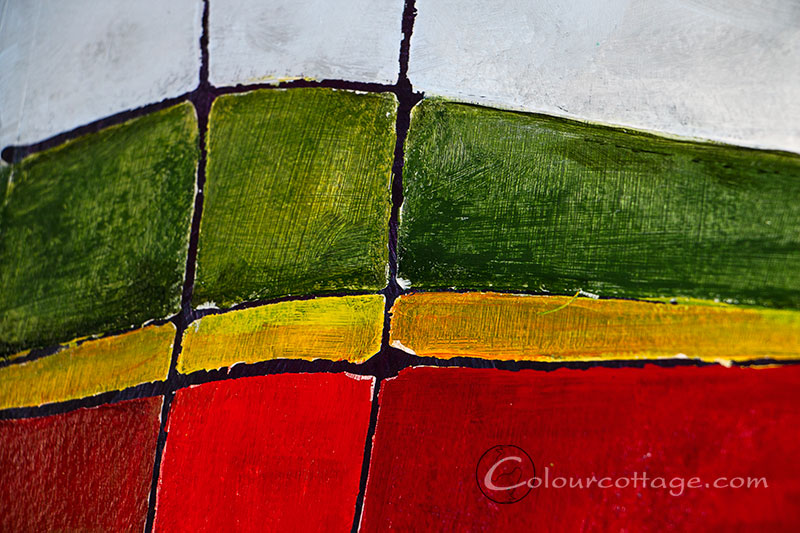 Could the picture be saved? Painting in the lines with a brush, even though I did want uneven, blotchy lines, didn’t appeal to me. So I had a go at drawing them back in with a fine tip tube of “Relief paint”. They don’t come in a lot of colours, they’re expensive for the amount, and I don’t like the pure black as much as the Payne’s Gray that I started with. Next time I might try an old fashioned pen (for the variation in line thickness as opposed to a marker) with High Flow paints just to compare. 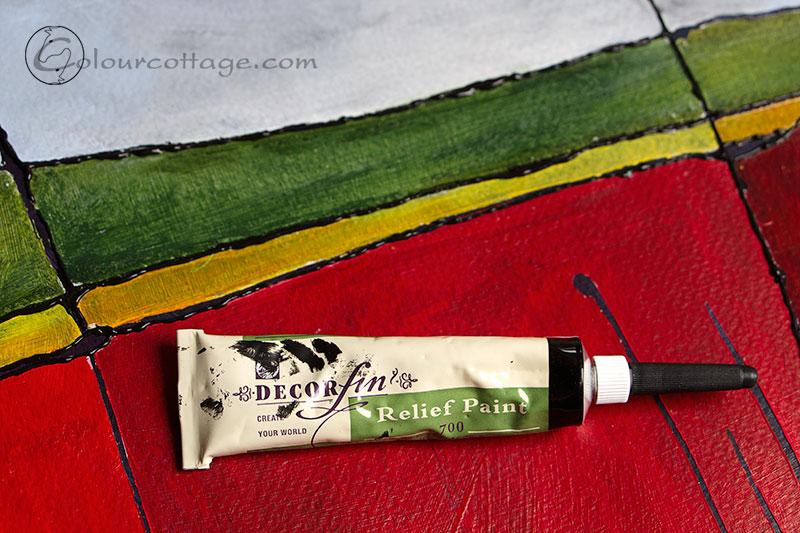 After drying, the lines were truly ugly, so I thought I might as well touch up the rest with india ink to complete the experiment. Will it stick to the acrylic? (incidentally I need to know that for a completely different series of paintings on my todo list) So now I have things to ponder as to how I want to proceed with my original notion about outlines. Result: 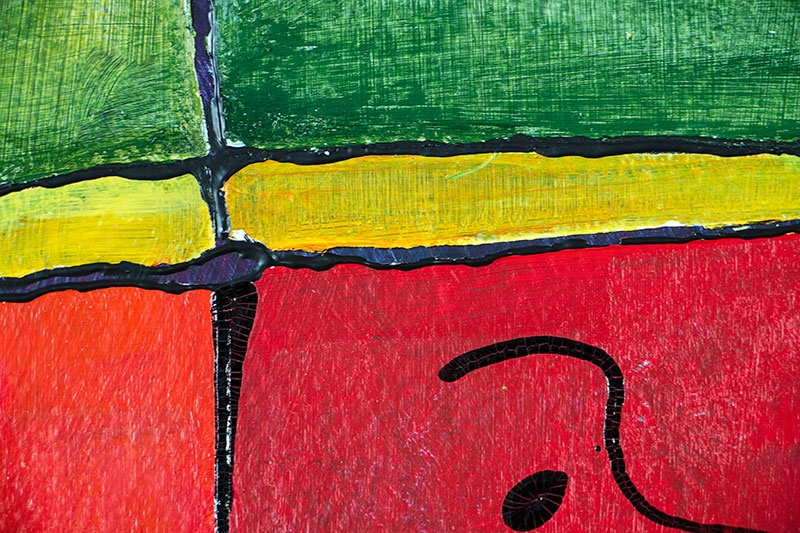 Do I ever consider testing various methods on a bit of scrap paper before committing to a “real” painting, you ask? Yes, I most certainly do. Consider it. Does it ever happen though? Nope, not as much.