At the cottage, holiday does not mean catching a plane to roast at the pool of some southern European hotel, it means prodding the big guy to do some maintenance on the wreck we call home. As a result, I also have to do some things of course, as well as assisting with comments etc, so nothing much is going on in the studio at all because of my aforementioned handicap when it comes to moving between brain halves.

Actually I’ve been wondering if this condition has been made worse from actual, physical brain damage, the concussions and/or my severe nervous breakdown a few years ago – they say even that can alter things in there. Possibly it’s just the shhhh – age thing. It’s been good to know from the comments that I’m not alone in this, I just wonder why it’s gotten so much worse. Possibly it hasn’t except that it’s become more important to me to make the shift and so I keep noticing?

Managed to trim the hedges myself this year, nearly at my old pace, and at the moment I’m painting the front door. Takes a while since it’s oil, gawd I hate that sticky stuff. Mr. is knocking off loose concrete from the foundations to make ready for refinishing them – next year I have an ambition to paint them as well as whitewashing all the walls. Just in case we end up having to sell or expand the mortgage… 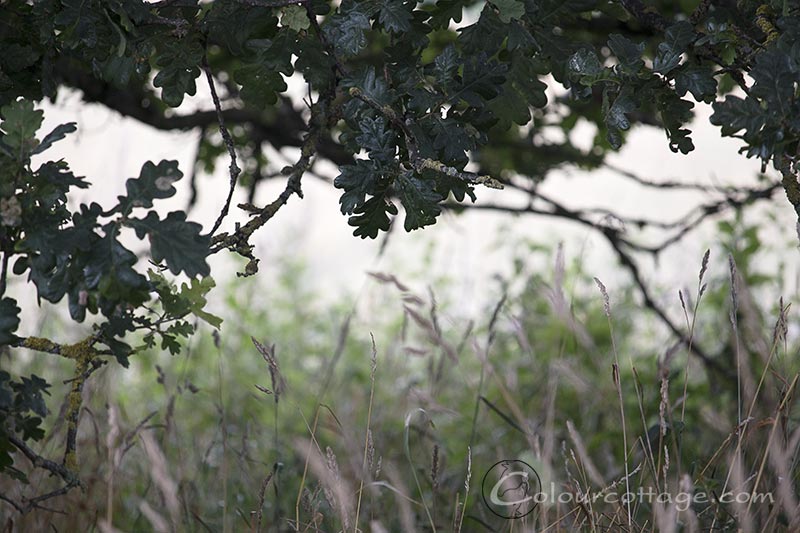 The weather is alternating between cold and rain or sweltering heat, so guess who hasn’t been making the rounds with a camera! No garden photos either; slug infestation. Dye plants all seem to have vaporized, can’t even find the stubs. But today I decided I just had to, before the next bout of wet they’re threatening to send. The only typical thing about a Danish summer is unpredictability.

I’m not one for arranging my photos, I just shoot what’s there, moving only my feet. Currently I’m on a more specific longterm mission of finding new angles using only the immediate surroundings of my own property, challenging my definition of whether I’m a creative person or not, if you will. (I guess I’m actually scolding myself for having a style, but not a good enough one!)

So a little collection for you, from a grey today; no cropping or photoshopping apart from adjusting the light a bit. I was pretty exhausted from just walking one round (1 km), but perhaps I’ll begin to see things differently if I bring the camera often. And then there’s photoshopping, experiments are on my list, I just never seem to get that far. I’d like to develop more than just one filter setting that is “mine”, to have a little library of goto looks rather than process each image alone.

8 thoughts on “Holiday at home”