– or the tale of a harebrained designer.

Everything went wrong that week. E v e r y t h i n g. You say you want the short version? A list, then – or better yet, why don’t we move along as if nothing has happened and just focus on the huck instead.

I have taken a perverse liking to reconstructing weave drafts from photos of interesting fabrics that I come across online. Some are no doubt the work of an individual designer and not prudent to be shared, others are most likely old and traditional, sitting in various books, a variation on a technique which nobody owns.

So a huck lace fabric that contracts to form flowers, interesting behaviour of threads that start out perfectly perpendicular. Since I have no lace weaves under my belt yet, a quick decision was made to sample the pattern. Many guesses to make without supervision, how closely to set the threads for instance. 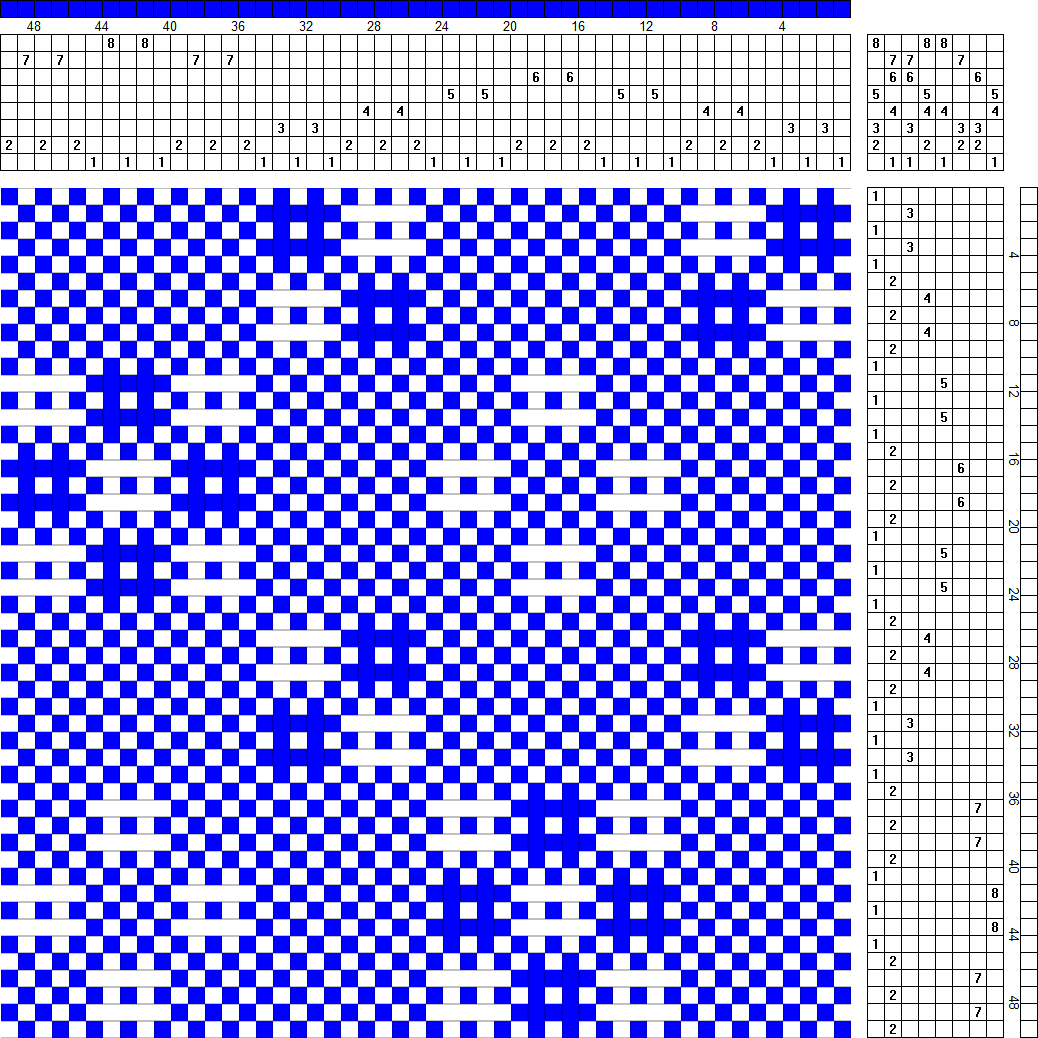 In order to really follow the contractions I added a little pink thread hoping it would look like an outline to the petals. Turns out it didn’t. And my fabric did not contract as much as I’d hoped or seen in other versions, so I guess I set it too closely for the threads to move and deflect. (10 epcm for 16/2 cotton)

I also started with the wrong shade of green in the weft, much too dark, and discovered this 20% into the piece. It was looking more and more like a dish towel by the minute, what to do? As usual I hadn’t made enough warp for cutting off a sample because I believe I’m that good.

Decision made to gradually change into a lighter green, again and again, until I was using all white and pretend I meant it that way. 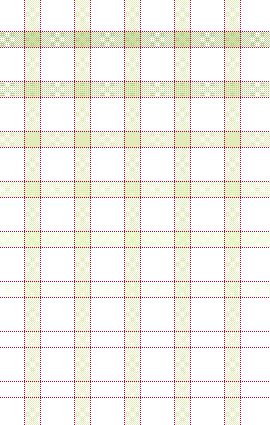 I still wasn’t happy with the pink threads however, and having tried to shrink the thing in the dryer to get more deflections, I made another decision to loosen it all up and simply pulled them out. And that’s as good as it gets. Juuuust big enough at 56×160 cm to be a shawl if anybody wants it and if not, then a curtain to dampen the midday glare in one of my studio southern skylights.

It’s quite soft and lovely to the touch, but floral just isn’t a big part of my own wardrobe choices.

Next up is an exercise in ruffles using alternately tight and slack warp threads, which I read about in a book; after that I’m testing another type of deflection that I’m curious about. I’m weaving all my planned experiments as either A. scarves, which can then be cut up and used in sections for something else if nobody wants them around their neck, or B. narrow bands which can be used as hems or inserts with plain fabrics to spice up a garment for instance.

First mosquito bite of the season!

10 thoughts on “A huck adventure”