I’ve heard the rumours. Perhaps something to do with bark. But you know, most people seem to get just yellow or, with the bark, mucky fawn. 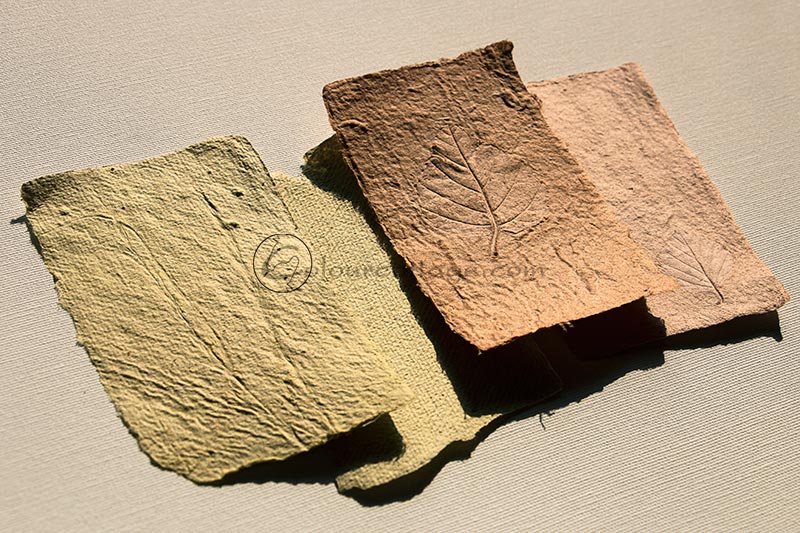 Then accidents happen which lead to more projects.

I’d made a birch dye for trying with my papers and added some soda ash to bring out all the colour. Then had to let it sit for two days because you know, stuff. Now, making your dye bath slightly alkaline doesn’t matter as the day after when it’s cooled, it will be back to 7. Not if you add 5x too much however: dark brown. 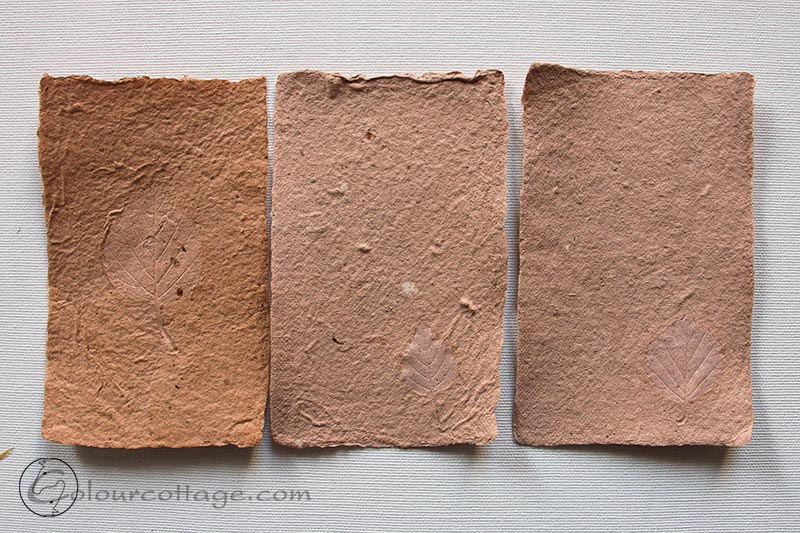 I made another, no soda, just let it steep over night as I’ve done so many times before, in fact I’ve solar dyed with birch and it remained sunny. Not today. A fainter red-brown, but definitely similar to the last.

So my conclusion is, and unfortunately I’m probably too tired to make this experiment on a hank of wool, so I’m hoping somebody else will and report back: It could be the season. Early autumn just before the green goes, something happens in the leaves to change the chemistry and whatnot. And perhaps that’s how you get pink with birch. There’s a lot of old stories of dye with certain plants and nobody can make it work because there’s no recipe. Could be a case of mistranslation, wrong plant name, and of course, lies. (Like those who claim today they can make colourfast dye from beetroot.) 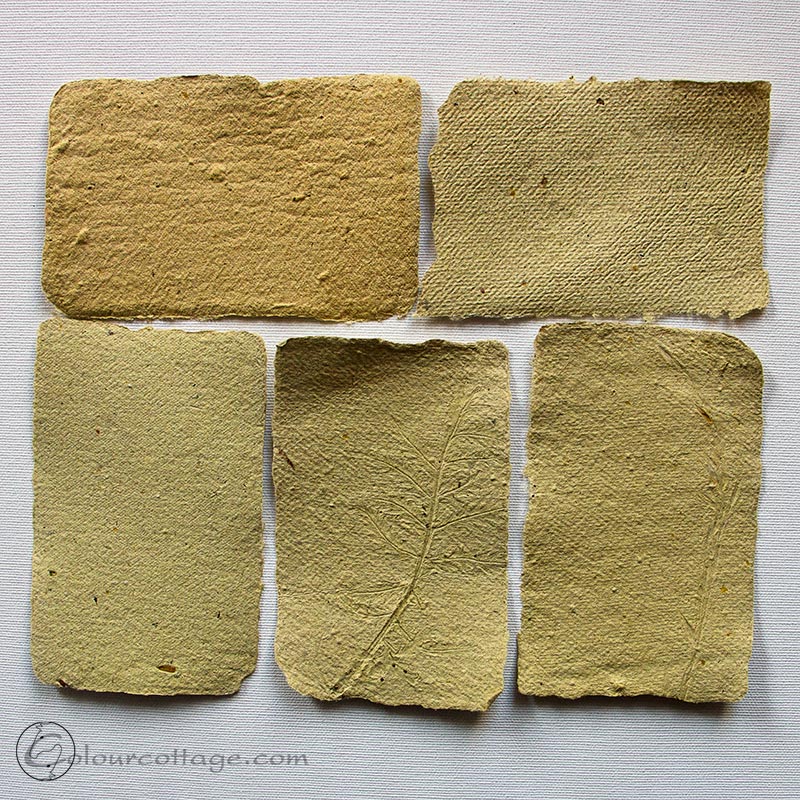 I only just managed to get some yellow for my already soaked pulp by throwing a handful in of anything I could find in the garden, the one surviving goldenrod, a rhubarb leaf, tansy leaves and french marigold from the freezer that turned out to have not kept so well in there. So now I know there’s a time element to freezing your flowers – I’ll be getting to those orange cosmos asap! I never get enough plants to harvest a full kettle of heads on one day, this year it was slugs from hell. 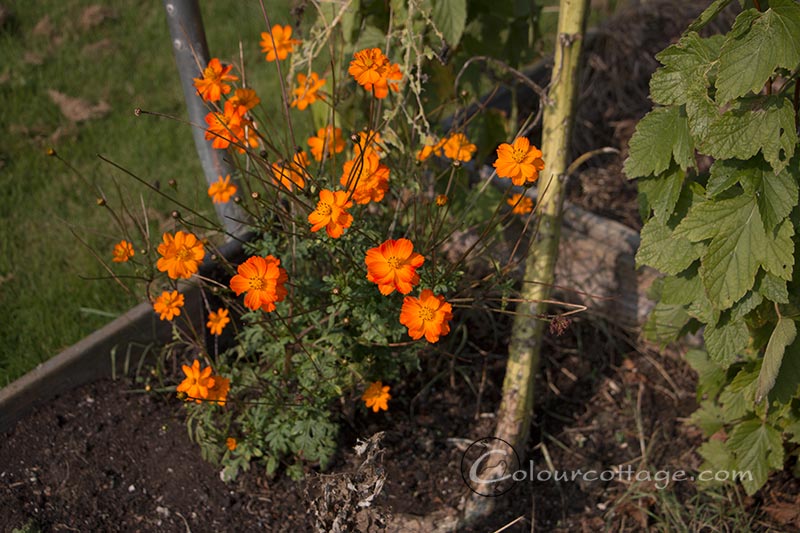