Week before last I threatened to spin all the corridale tops, which of course I didn’t, since the dog calmed down enough for me to act fairly normal, although interrupted. 😉 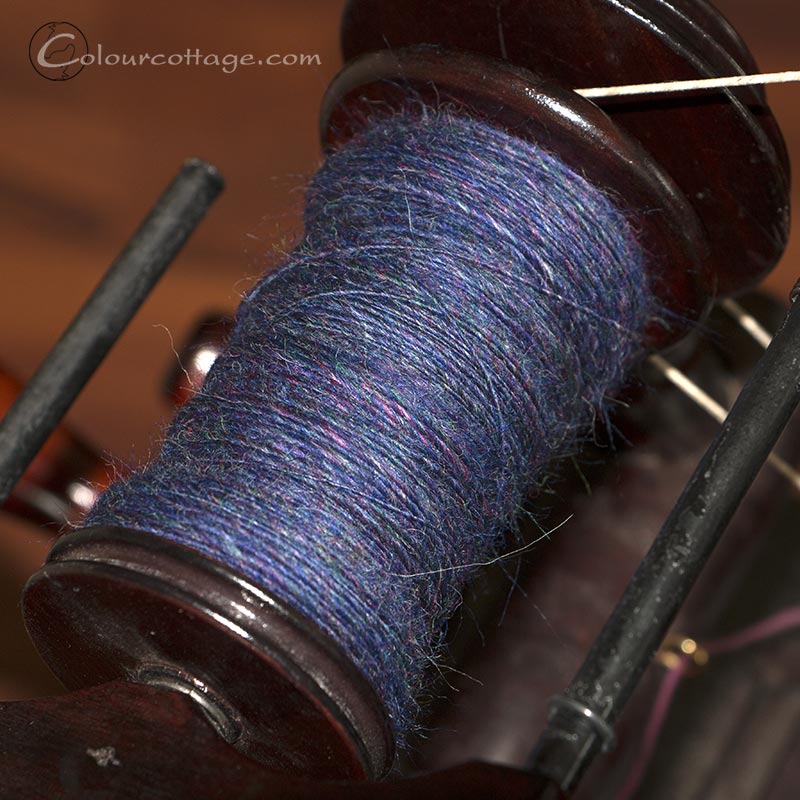 My second colour turned out much fatter than the first while getting the hang of making slubs, so I decided to go with my original plan of plying the two brown singles together but make a thin one for the two light blues to be paired with. My slubs are quite a lot hairier than is desired, I’m not touching them with my drafting hand, so I guess – did you say the twist in my fiber supply? Well, hairy yarn it must be then, as my hands won’t accept much pinching and squeezing. 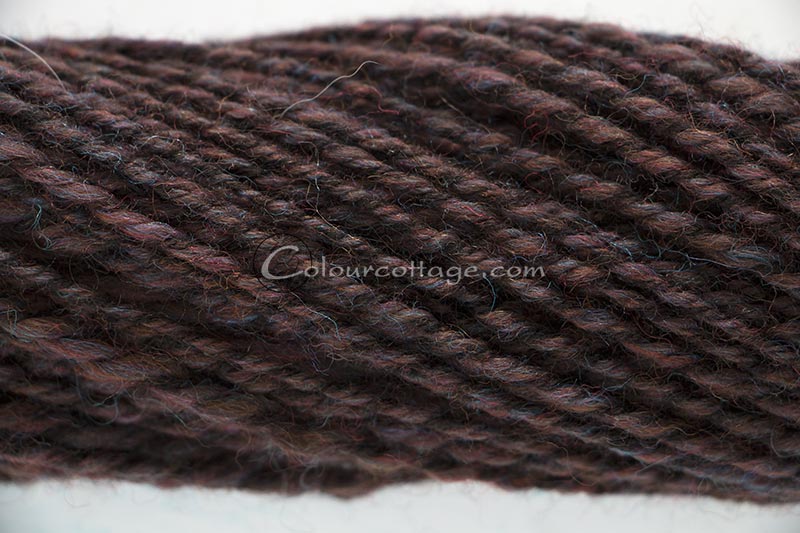 Corriedale doesn’t seem to need a lot of twist compared to the short staple Dorset I’ve been spinning, a pleasant surprise to spin fast and still get singles which don’t break apart every minute when plying. I may steam a portion just to see what the crimp looks like, out of curiosity. Those commercially processed fibers are so straight and a bit dead in appearance.

I may also change my knitting plans, which were a boxy, casual, sideways garter stitch design. But I think the yarn is to thick for that and could end up a bit stiff or simply looking like a sweater walking around with me inside it. 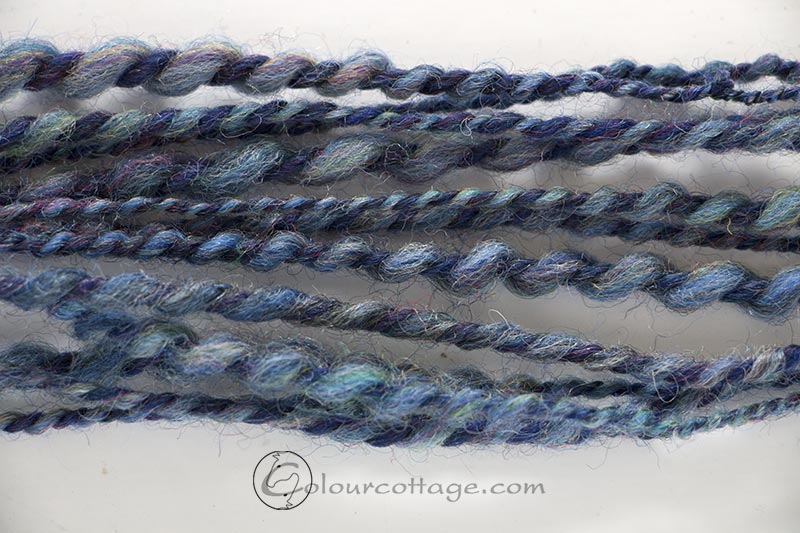 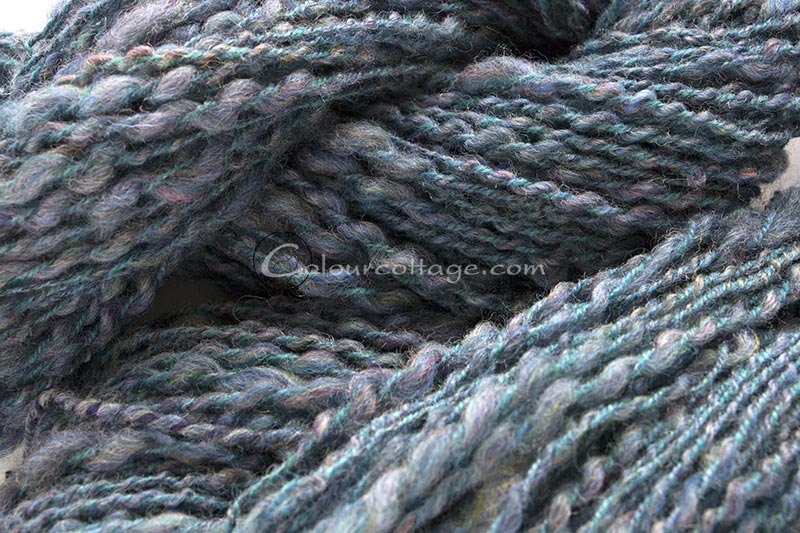 It was meant as a kind of sport to keep it all corriedale but I didn’t like how the darker blue single barberpoled and hid the light blue, so I found something in my stash to ply each one with to stretch the supply as a bonus. The benefit of using this Shetland yarn is also that I can use it as a core and ply at right angles to get a more artsy yarn, it won’t untwist like a Z spun singles would. And actually I’ve been feeling all along that the brown fiber was the odd one out, so the fiber as a project may already become obsolete.

I didn’t try to make beehives this time round, but I’m tempted to make some really groovy batts and do that later.

Next up is the red and green of which I only have 50g each. Any suggestions? I also have more of the dark blue. I’m still not convinced I really like the results of my spinning deliberately thick and thin, to me it just looks like beginner yarn…. 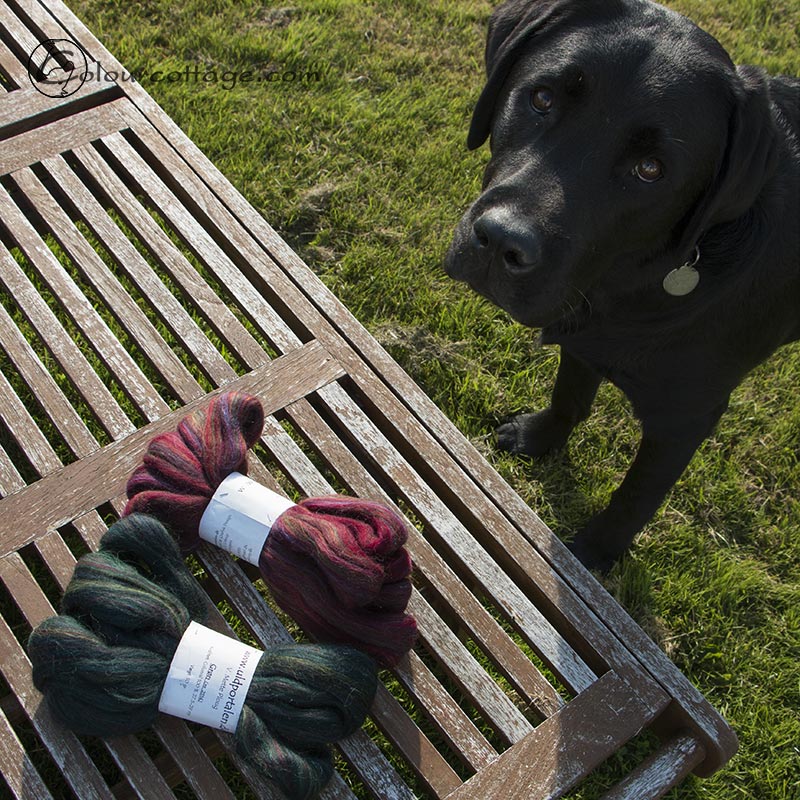