Since last summer I’ve been working on a series of large panels, each 100×100 cm (40″x40″). At the moment they are in various stages of completion, from finished to first layer only.

My working title is named after the first painting “Whispers from the Void” and includes different types of hidden writing, each with an actual message which speaks to me but not not readable at first glance. I use “alien” fonts, morse code or other languages which I don’t speak but whose quotes add to the story.

The paintings progress slowly, layer by layer, as I work without a plan and simply wait until the next action or colour suggests itself. As I begin to see something I recognise, a title appears and the direction becomes clearer – for instance I didn’t know one image was going to be inspired by Japanese art!

There are common threads in the mark making and some of the colours even if the group does not seem to belong together at first glance. This is something I wish to see more of among people as well, friendships across borders, skin tones, and breakfast preferences, no shame or judgment for our quirks and flaws. 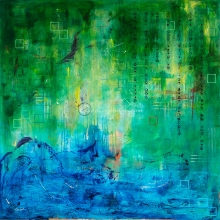 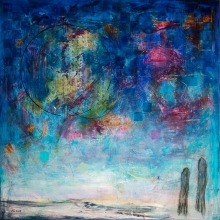 Whispers from the Void 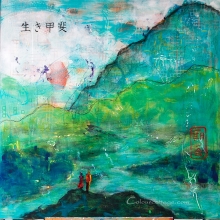 A Glimmer of Recognition 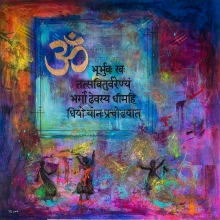 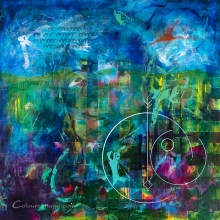 (Visitations from the) Liminal 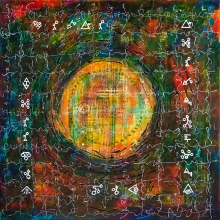 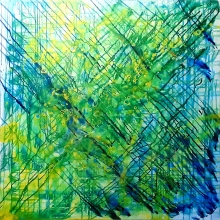 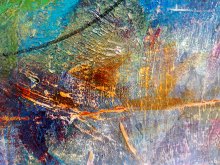